Yesterday evening, hubby and I went to our little Pwdin’s school to discuss his IEP (individual education plan) and IBP (individual behaviour plan).

The Pwd came along too. When we got to the school the boy’s face was a picture and his huge smile did not drop for a second as he held my hand and delightedly led me and his daddy down the corridor to his classroom. That same smile beamed down at us from displays of class and individual artwork lining the walls of the brightly lit corridors and his classroom. This half term’s topic is “All About Me.” 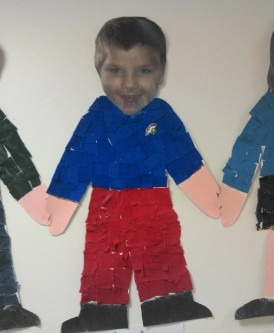 It’s not going too far to say that the Pwd is very at home in his classroom. He was relaxed but active – depositing his catalogue (he carries one everywhere with him) near the sensory area before heading into the yard to play with hula hoops. Meanwhile, hubby and I got to chat with Pwd’s teacher about his aims and achievements so far. Pwd attends a special school full time. He started as a part time nursery/meithrin pupil in September 2011 and from day one has been as keen as mustard to get to school everyday (even on weekends and holidays but that could be a whole other post!). We, like his teacher and teaching team, have seen huge differences in the Pwd since he began a five day school week. He is more aware of choices and communicates preferences more readily. His ability to anticipate transitions and, so, be less phased by them, has vastly improved – though he is prone to work himself into a bit of a lather if the change he anticipates isn’t what he wants, like going to bed, for example. For me, the most important change in the Pwd is that he now, “just gets stuck in. He sees goop and he climbs in it. He sees paint and he’s there and, of course, he dives into the water play literally.” Several times a week, the Pwd comes home covered in paint, glue and who-knows-what or in entirely different clothes to those he was sent in – always a sign that a good day was had at school. This is a huge change for a child who seemed terrified to touch unknown substances, particularly coloured ones. He even gets involved in cookery and handles food which is a huge leap for him. I was so proud when he stuck is hands in my chocolate pudding a proceeded to clean them off on my living room curtains.

To the nitty gritty of the IEP. Well, not much has changed. Work will continue on helping him acquire basic signs such as “more” and number skills and language will be supported with music. The means by which the teaching team are trying to engage and encourage the Pwd are really very individualised. His favourite songs (many of them from Sesame Street) have been downloaded and choice games and rewards based around them. Behaviour wise, he met last year’s target of being able to sit without the feedback of the vibrating cushion and now enjoys circle time, snack time and meal times sat in an ordinary chair with a team member close by. No longer does he run around the classroom aimlessly but seeks out activities and tries very hard to communicate his needs. On one occasion, he even led a classroom assistant to the toilet/changing area when he’d done a poo. I couldn’t be more proud of my beautiful boy.

Naturally, we’re doing our best to carry on the work in school at home. It’s not always easy as we don’t have a sensory room (yet), a splash pool, rebound room or soft play but we do what we can. In large part, that’s encouraging him to do all the things he enjoys in a safe way. The Pwd loves to run so we got our garden levelled so that he has space to do that without tripping over lumps and stumps. Before he could walk our boy loved to climb. He still does but can put himself in danger doing so. He now has his own mountain to climb up and he has managed it a few times, catalogue in hand. More than that though, we are trying to let him/make him do more for himself.

I’m pretty good at anticipating what the Pwd needs and reading subtle signs that he may be tired, bored or hungry. I’m now trying to train myself not to just act upon those without him making some effort to communicate. I am also trying to spot ways in which I cue him and to increase the positive cues and reduce others to help make his communication more spontaneous. In essence, I am trying to provide him with the opportunity and reason to communicate. I do forget myself sometimes though and the desire to circumvent a meltdown can be a pretty strong one. But, like the Pwdin, I’m learning. 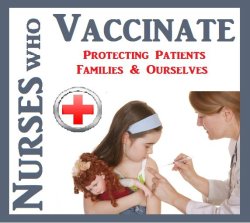 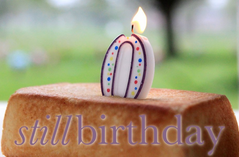